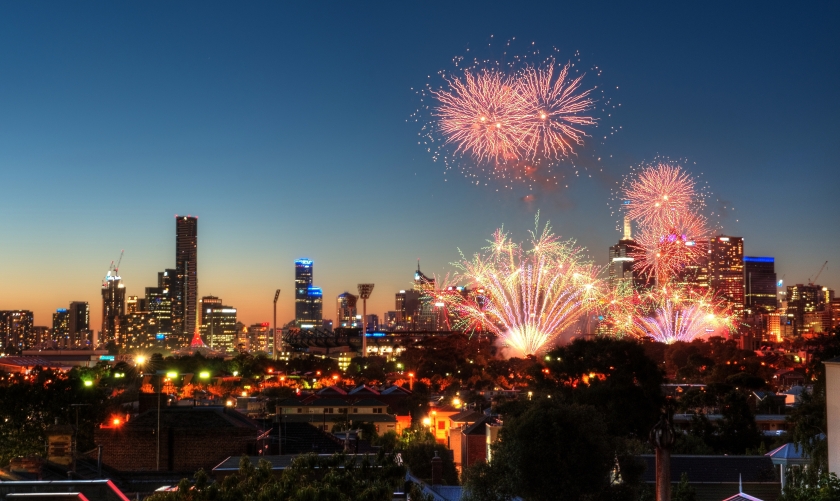 As another new year begins, I would like to wish our members and The Open Group community a happy, healthy and prosperous 2017! It’s been nearly 15 months since I transitioned into my new role as the CEO of The Open Group, and I can’t believe how quickly that time has gone.

As I look back, it was at The Open Group Edinburgh event in October 2015 that we launched the IT4IT™ Reference Architecture, Version 2.0. In just the short time since then, I’m pleased to report that IT4IT has garnered attention worldwide. The IT4IT Certification for People program that we launched last January—one of the first things I had the pleasure of doing as CEO—has also gained momentum quickly. Wherever I have traveled over the past year, IT4IT has been a topic of great interest, particularly in countries like India and Brazil. There is a lot of potential for the standard globally, and we can look forward to various new IT4IT guides and whitepapers as well as an update to the technical standard in the first few months of this year.

Looking back more at 2016, there were a number of events that stood out throughout the course of the year. We were excited to welcome back Fujitsu as a Platinum member in April. The Open Group global reach and continued work creating standards relevant to how technology is impacting the worldwide business climate were key factors in Fujitsu’s decision to rejoin, and it’s great to have them back.

In addition to Fujitsu, we welcomed 86 new members in 2016. Our membership has been increasingly steadily over the past several years—we now have more than 511 members in 42 countries. Our own footprint continues to expand, with staff and local partners now in 12 countries. We have now reached a point where not a month goes by without The Open Group hosting an event somewhere in the world. In fact, more than 66,000 people attended an Open Group event either online or in-person last year. That’s a big number, and it is a reflection on the interest in the work that is going on inside The Open Group.

I believe this tremendous growth in membership and participation in our activities is due to a number of factors, including our focus on Enterprise Architecture and the continued take up of TOGAF® and ArchiMate® – Open Group standards – and the ecosystems around them.  In 2016, we successfully held the first TOGAF User Group meetings worldwide, and we also released the first part of the Open Business Architecture standard. Members can look forward to additions to that standard this year, as well as updates to the ArchiMate certifications, to reflect the latest version of the standard – ArchiMate® 3.0.

In addition, our work with The Open Group FACE™ Consortium has had a significant impact on growth—the consortium added 13 members last year, and it is literally setting the standard for how government customers buy from suppliers in the avionics market. Indeed, such has the success of The Open Group FACE Consortium been that it will be spinning out its own new consortium later this year, SOSA, or the Sensor Open Systems Architecture. The FACE Consortium was also nominated for the 2017 Aviation Week Awards in Innovation for assuming that software conforming to the FACE technical standard is open, portable and reusable. Watch this space for more information on that in the coming months.

2017 will bring new work from our Security and Open Platform 3.0™ Forums as well. The Security and Architecture Forums are working together to integrate security architectures into TOGAF, and we can expect updates to the O-ISM3 security, and OpenFair Risk Analysis and Taxonomy standards later in the year. The Open Platform 3.0 Forum has been hard at work developing materials that they can contribute to the vast topic of convergence, including the areas of Cloud Governance, Data Lakes, and Digital Business Strategy and Customer Experience. Look for new developments in those areas throughout the course of this year.

As the ever-growing need for businesses to transform for the digital world continues to disrupt industries and governments worldwide, we expect The Open Group influence to reach far and wide. Standards can help enterprises navigate these rapid changes. I believe The Open Group vision of Boundaryless Information Flow™ is coming to fruition through the work our Forums and Working Groups are doing. Look for us to take Boundaryless Information Flow one step further in January when we announce our latest Forum, the Open Process Automation™ Forum, at our upcoming San Francisco event. This promises to be a real cross-industry activity, bringing together industries as disparate as oil and gas, mining and metals, food and beverage, pulp and paper, pharmaceutical, petrochemical, utilities, and others. Stay tuned at the end of January to learn more about what some prominent companies in these industries have in common, in addition to being members of The Open Group!

With all of these activities to look forward to in 2017—and undoubtedly many more we have yet to see—all signs point to an active, productive and fulfilling year. I look forward to working with all of you throughout the next 12 months. 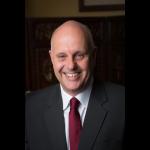 Steve Nunn is President and CEO of The Open Group – a global consortium that enables the achievement of business objectives through IT standards. He is also President of the Association of Enterprise Architects (AEA).

Steve joined The Open Group in 1993, spending the majority of his time as Chief Operating Officer and General Counsel.   He was also CEO of the AEA from 2010 until 2015.

Steve is a lawyer by training, has an L.L.B. (Hons) in Law with French and retains a current legal practicing certificate.  Having spent most of his life in the UK, Steve has lived in the San Francisco Bay Area since 2007. He enjoys spending time with his family, walking, playing golf, 80s music, and is a lifelong West Ham United fan.