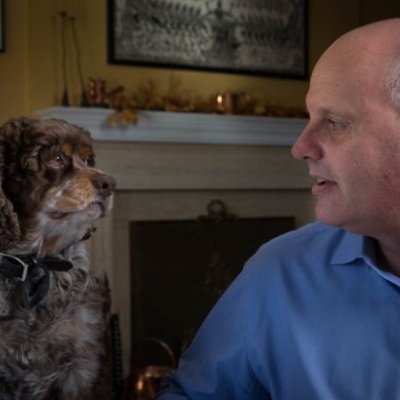 March 16, 2016 The Open Group Blog Association of Enterprise Architects (AEA), Single UNIX Specification, Standards, Steve Nunn, The Open Group, Uncategorized, UNIX Comments Off on What Hoverboards Tell Us About Compatibility and the Need for Standards

By Steve Nunn, President and CEO, The Open Group

Every holiday season, there is always one gift everyone just has to have. This past year, that honor went to the hoverboard, a self-balancing scooter reminiscent of the skateboards many of us rode as kids, but with an electric motor and only two wheels—and even harder to master!

But, just as quickly as the hoverboards were flying off the shelves in December, sales for the scooters plummeted by mid-January when questions arose regarding the safety of the electrical components that make up the scooters’ drive train system. The toys became linked to a number of fires across the U.S. and, just between December and mid-February, the U.S. Consumer Product Safety Commission (CPSC) reported receiving complaints about more than 52 hoverboard-related fires in 24 states, resulting in not only $2M in property damage, but the destruction of two homes and an automobile. In addition, many of the major retailers that had been carrying the product-–including Amazon, Target and Wal-Mart, have currently discontinued sales of the product over the fire concerns.

The self-balancing scooter industry is clearly hurting these days. How can a product that was the darling of the moment—featured on many Instagram, Vine and YouTube accounts, that gained the attention of celebrities from Jamie Foxx to Justin Bieber—so quickly turn into a pariah?

In short—a lack of compatible standards.

Although many hoverboards actually carry the UL seal and claim to conform to safety standards set by UL (Underwriters Laboratories), an independent product testing company that sets safety standards, what has come to light since the product fires is that, while many of the individual components being used in self-balancing scooters are indeed safety compliant, they are not certified to be used together, making the entire product potentially unsafe. One radio announcer may have said it best when he likened the issue to having a car that was safety approved, and a surfboard that was safety approved, but when you put the surfboard on top of the car, it doesn’t mean the car will float.

The hoverboard controversy serves as a painful lesson for makers and manufacturers about component compatibility, and the need for standards that address not just individual product components but also the product as a whole. The sad thing is that could have been avoided had makers taken the time to test the components together, or create a standard that certifies the components can work together safely.

By contrast, The Open Group certification of products that conforms to the UNIX® standard has taken this “components working together” approach for more than 20 years. The Single UNIX Specification was created, in part, to take care of just this type of problem. In 1993, when the standard was created, there were so many UNIX APIs being used in various segments of the technology industry.  The three leading standards bodies that were creating UNIX standards decided to come together to design one standard that would be comprised of a superset of the most widely used UNIX APIs. Even then, there were a large number of APIs that made up the first version of the standard. In fact, the original standard, SPEC 1170, was named thus because it included a set of 1,170 compatible UNIX APIs.

This level of compatibility has always been a critical part of the UNIX standard. Since many vendors across the industry have created their own APIs and flavors of UNIX over the years, compatibility across those systems has been the key to interoperability for UNIX systems throughout the industry. Whenever a product is certified under the Single UNIX specification, it is guaranteed to both conform to the standard, and also be interoperable with any other certified products and any of the APIs contained under the umbrella of the single specification.

Today, there are more than 2,000 separate APIs contained in the UNIX standard—all compatible with each other. To reach this level of compatibility, The Open Group, which administers the Single UNIX Specification, performs extensive testing on any product submitted for certification under the UNIX standards. Any system that is UNIX certified has gone through more than 40,000 tests to assure their compatibility and conformance to the standard.

Among the more unique attributes of the Single UNIX Specification is that the standard also contains a three-pronged guarantee for interoperability. Not only does UNIX certification guarantee a certified product conforms to the standard, but every vendor that certifies a product to the standard also agrees that its product will continue to conform to the standard while certified.  The vendor also guarantees to fix any problems with the product’s conformance within a prescribed amount of time, should the product fall out of compliance.

This type of warranty and level of rigor within the standard further guarantee that all the components are compatible and will work together. The high level of testing around the standard has worked extremely well throughout the years. In the entire history of UNIX certification by The Open Group, there has only been one challenge to a product’s conformance to the standard—and it was a very obscure calculation that was taken very seriously, and quickly fixed by, the vendor. Because every vendor who participates in the program relies on a guarantee that every other vendor’s products all conform to the standard, the system takes care of itself.

Of course, non-compliance to the Single UNIX Specification is unlikely to lead to house fires or spontaneously combusting skateboards. But there are a great many technologies that businesses and consumers rely on everyday that work together because of the compatibility that UNIX offers. If there were bugs in those systems, our desktops, mobile phones, our Internet-enabled devices—even the Internet itself—might not work together. Without the guaranteed component compatibility offered by common standards like the Single UNIX Specification, one thing is for sure—we would all be a lot less productive.

UL has announced that they are in the process of developing a standard for hoverboards. The new certification, UL 2272, will focus on the safety of the combined electrical drive train system, battery and charger combination for self-balancing scooters. It is not yet known when the standard will be available.

Steve Nunn is President and CEO of The Open Group – a global consortium that enables the achievement of business objectives through IT standards. He is also President of the Association of Enterprise Architects (AEA).

Steve joined The Open Group in 1993, spending the majority of his time as Chief Operating Officer and General Counsel.   He was also CEO of the AEA from 2010 until 2015.

Steve is a lawyer by training, has an L.L.B. (Hons) in Law with French and retains a current legal practicing certificate.  Having spent most of his life in the UK, Steve has lived in the San Francisco Bay Area since 2007. He enjoys spending time with his family, walking, playing golf, 80s music, and is a lifelong West Ham United fan.