By The Open Group Conference Team

Each award winner received some great hardware (no, not that kind) that was presented at the Gala Dinner: 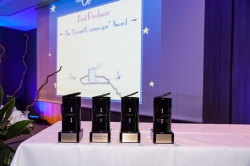 Without further ado, here is the list of award winners: 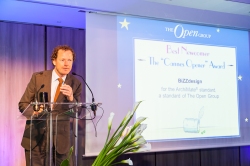 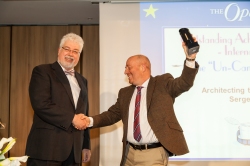 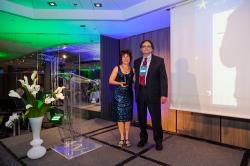 Best Producer – U.S. Navy for the FACE™ Consortium, a consortium of The Open Group (Dennis Taylor, NASA presenting the award to Judy Cerenzia who accepted it on behalf of the U.S. Navy) 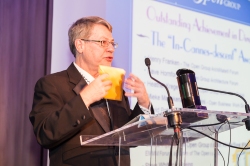 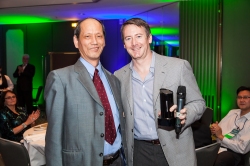 Outstanding Achievement in Film – Oracle for the UNIX Certification of Oracle Solaris V.11 (Bob Chu, Kingdee International Software Group presenting the award to Michael Cavanaugh who accepted it on behalf of Oracle)

The Lifetime Achievement Award – Mike Lambert, former chief technology officer of The Open Group and X/Open Company Limited (Mike is pictured with his wife, Sue, in this photo)

We hope that you enjoyed the conference (and if you weren’t able to attend, the coverage via the blog, Facebook and Twitter). Until next time, au revoir!